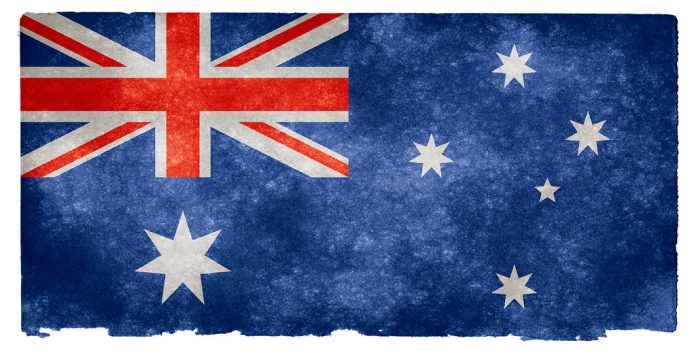 How to immigrate to Australia is one of the most common questions asked by people who want to move to Australia. Australia, officially known as the Commonwealth of Australia, is an Oceania country comprising the mainland of the Australian continent, the island of Tasmania, and numerous smaller islands in the Indian and Pacific Oceans. It’s surrounded by the Indian and Pacific oceans. Neighboring countries include Indonesia, East Timor, and Papua New Guinea to the north; Solomon Islands, and Vanuatu.

In a country where requirements are constantly changing, moving can be overwhelming. We recommend that if you plan to move to Australia, you contact a migration agent.

Immigration agents know the latest immigration requirements to Australia. Depending on your specific situation, they can advise you accordingly. The experts guide you through visa applications and an international move, so you’ll have fewer headaches and delays. While they can’t guarantee an approval or speed up the process of your visa application, they will make it significantly easier.

Look for employment in Australia

You must provide the Australian government with a compelling reason to allow you to stay in Australia for an extended period.

What is the best reason? Choose a skilled occupation from Australia’s Priority Migration Skilled Occupation List. In addition to health care professionals, engineers, social workers, chefs, and IT specialists, Australia is also open to these professionals. New occupations are added to the list every month. People with jobs waiting are able to enter Australia even when travel restrictions are in place.

Apply For an Australian Visa

You can obtain the right visa by doing your research.” Australia offers a wide range of visa options. In order to determine which visa to apply for, you should first identify your job opportunities. You should ask your new boss or hiring manager to nominate you for a work visa if you have already found a job or secured one. The Australian government offers more than 20 different work visas. Be sure to decide which is right for you.

Additionally, when Australia’s general skilled immigration program is open, you can consider it as well. If you have family in Australia, this might give you more visa options if you qualify for one of these visas. You can look at the Department of Immigration’s list of skilled occupations to find out if you qualify. Additionally, you can also consider training and advanced study in Australia. Each of these options has a different visa category, but they do have limitations relating to employment and what you can do with your time after the study is over.

Since 1992, there have been approximately net gain (an excess of 100 persons per year) in migration every year. This immigration rate is by far the highest of any developed nation, almost one percent of the population annually. Australia has always experienced large inflows of migrants from many different sources, including other countries in the region. The largest components are onshore refugees, family reunification, or skilled migration.

Between 20016/17 and 2019/20, each year net overseas migration (NOM) added around 300,000 persons to Australia’s population. The contribution to growth predominantly came from NOM of about 230,000 long-term arrivals less 60,000 departures with most being foreign-born residents returning home after previous short periods in Australia. Consequently, the rate of natural increase was much reduced over this period, resulting in only about 50% of Australia’s population growth being due to natural increase.

Over 90 percent of all overseas-born residents came to Australia as skilled migrants or family members of skilled migrant settlers. Most immigrants are skilled migrants, compared with around 20 percent for the overall foreign-born population in other countries; and around 10 per cent were refugees compared with less than 1 per cent for the overall foreign-born population in other countries. A number of initiatives introduced during this period significantly increased the number and proportion of permanent immigrants admitted from Asia, including the introduction of a migration program, called the ‘Points-based system’ in 2009.

Australia has also been increasingly reliant on temporary visa holders to meet labor market demands in recent years. The number of people granted a Temporary Work (Skilled) visa (subclass 457 visa) increased from about 68,000 in 2003–04 to over 190,000 in 2013–14. This accounted for over 60 percent of all skilled visas granted in that year. There were also a large number of other temporary visa holders, such as students and working holidaymakers. In 2013 – 14, there were about 1.4 million student visa holders and 535,000 working holidaymaker visa holders in Australia.

The government has not released any official policy on the number of migrants they are trying to attract, but during his campaign for prime minister, Kevin Rudd said it would be in the range of 190,000 – 220,000.

The Department of Home Affairs provides data on the people who apply for either temporary or permanent residency visas in Australia. Each year, this department receives hundreds of thousands of applications from foreign nationals who want to live and work permanently in Australia. The data does not represent all forms of immigration into Australia because it only includes visa applications that have been successful in being issued a permanent stay in Australia within an initial assessment period. It is possible that some visas applicants may have had their application refused but then later reapplied and were successful.

Well, it means that immigration is at the forefront of Australian politics. Politicians and community leaders are still discussing what they think should be the ideal number of immigrants that should come to Australia each year, as well as how many refugees they should allow into their country. There is very little agreement on anything regarding these topics, but Australians know one thing for sure: There will always be people coming in and out of Australian borders every day and every year.

Australia does not currently have a universal health care system like other OECD countries such as Canada and New Zealand (although this may change). However, we do have an extensive public-health system funded by the federal government which offers subsidized healthcare to all permanent residents and humanitarian. This also includes children under 16, people younger than 20 in full-time secondary studies, and anyone receiving a disability pension.

Read More: How To Move Heavy Furniture? A Complete Guide

There are several types of payments available to cover medical expenses:

There are many factors that can affect your eligibility for these cards including income level, time spent in Australia, visa type and the additional assistance you may be receiving from the Centre link. If you are not sure where you stand with any of this information, the best place to start is by visiting your local Centerline office or calling them directly on 132 300.

8 Distribution Tactics to Consider For Your Restaurant

Know About Applying for a Family Visa or Portuguese Spouse Visa

Tips for Choosing the Best Immigration Consultants in UAE

How to Start an HVAC Business [the right way]

hassan abbas - December 8, 2022 0
Starting an HVAC business can be one of the most attractive ventures in the home service industry. Aside from being your own boss (which is crazy worth it alone), there isn't a lengthy training...
Read more

admin - December 4, 2022 0
There’s no easy way to say this: the number of Emirati staffing companies on Twitter has exploded in the last year. When it comes to finding great job candidates, you can’t afford to be...
Read more

Ackrolix innovtions - December 2, 2022 0
Being socially conscious is not a choice for business' sake. It is a responsibility a company should have to build long-lasting relationships with the community. In this modern time, consumers want more from businesses...
Read more

8 Distribution Tactics to Consider For Your Restaurant

Tips for Choosing the Best Immigration Consultants in UAE